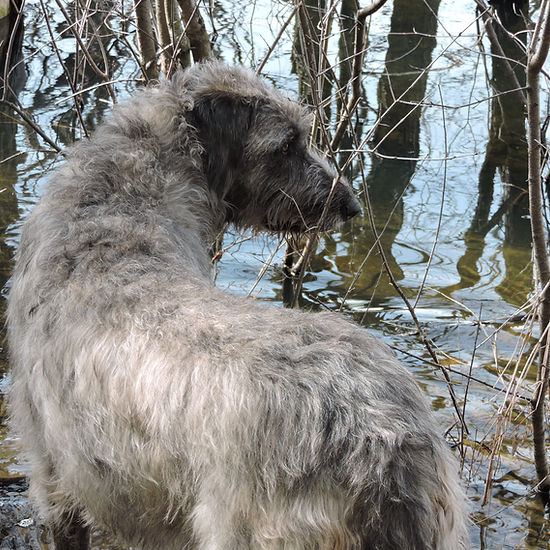 Moonbeam was the second puppy born in the B Litter here – a litter I chose to have after the devastating loss of 8 dogs in a year and a half…including Peanut, a most special girl from my first litter.  Moonbeam was the smallest puppy born second and the same weight and color as Peanut.  She was very much spoiled by me from birth and pretty much got away with everything since a tiny baby.  She did not stay small either.  She was one of the biggest female wolfhounds I have ever owned!  Moonbeam was such a special soul.  She has a 6th sense for anyone in need and is here for me so very often.  She truly is a gift sent from somewhere beyond.

In late March of 2021, Moonbeam presented like she had pneumonia.  We treated her in the typical fashion, but she developed pneumothorax which she seemed to be healing from.  Then her condition worsened. After an emergency trip to the University of Minnesota and heroic measures where she had to have her chest tapped and tubes put in to remove the air and surgery to remove 5 of her 7 lung lobes were removed, she deteriorated two days after surgery.  I had to let Moonbeam go on April 1, 2021.  The histopath came back a week later, and my poor beautiful girl and my entire world had actually passed from mesothelioma that was spread all through her lungs and the surrounding lymph nodes.  I think of Moonbeam every single day and miss her terribly. 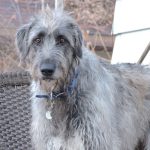 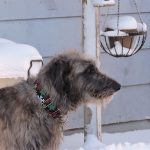 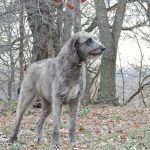 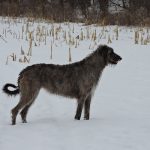 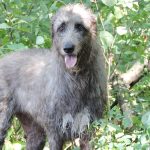 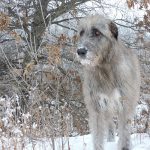